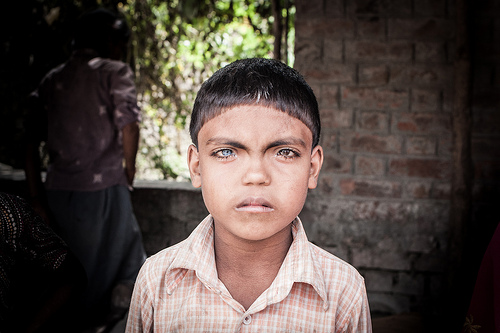 Reading India Calling today is like buying Facebook stock during the company’s early stages of growth. It is definitely a wise decision if one wants to understand the landscape of the future. In fifty years India is about to become  the #1 country by population, reaching the 1.4 billion mark. Its economy is growing and its influence is about to expand far beyond the Asian region. Reading the book brings readers closer to understanding both the strengths and weaknesses of this emerging world leader, that, according to Giridharadas, currently is defining its “relationship with modernity.”

Although the author sets quite an ambitious goal to describe “an intimate portrait of the nation’s remaking,” he definitely meets challenges to keep up with the notion of “remaking.”  About 70% of its content is focused on explanation of the context. What is to be  Indian? What is the power of tradition? What do family relations look like? How does the social structure of society influence individuals? Throughout the book, a reader can find out that it is not an easy task for Indians to transform the country  from the inside. The tradition of “how to do things in India” has existed for thousands of years despite all influences from the outside. Even though changes come to India through technologies and industry innovations, its culture and traditions remain less responsive to modernity. Still, there is a promise.

Giridharadas is looking for “rebels,” those Indians who have not agreed to their roles prescribed by society since their birth . The author brings readers the stories of new Indians whose ambitions to gain a middle class status  overcome traditions. Not all these stories are successful. Deepak’s story has finished poorly; his trip from a village to a city to start a new life has not succeeded. But the author is much more interested in depicting success stories, like Ravindra’s. Ravindra has evolved from a villager to a Western-style self-made man who lectures in universities and coaches the national cricket team. Hard-work and persistence combined with openness to Western ideas have helped many Indians to relaunch their life. Traditional Indian values have been revised. The author writes: “They were loyal to their families and yet so cut off from the broader Indian inheritance.”

But being successful in India does not automatically mean the adaptation of Western rules of the game, Responding to and sustaining Indian cultural norms is another way to success in India if you are at least from the middle class. It has happened to Mukesh Ambani, the richest Indian in the last decade. He has benefited from the imperfect bureaucratic system and the culture of corruption. Being ranked high in hierarchy helps well-established people to become even more prosperous in India.

Reading India Calling is a comfortable and thoughtful journey even for those readers whose perception of India might invoke a set of typical images like “yoga,” “overpopulation,” “Bollywood” and “Ghandi.”  The author is an American, who was brought up in Ohio in an Indian family; thus, his writing appeals to many American values such as liberalization, a notion of “a self-made man” or modernity. On the other hand, the author avoids stereotypes on India by bringing readers into his relatives’ families in India and showing the context of family decision making  or describing family hierarchy.

Sometimes the author as a character feels irritated  by families’ conservatism and formalism, but he still believes in younger generations of Indians, who  have many more choices to decide their future compared to their predecessors. In suggesting a “Cocaine-and-Muslim” theory that describes the tough choices for any individual, the author clearly identifies that a new Indian would rather marry a Muslim girl, consequently hurting family members, instead of getting addicted to drugs that will ruin his health and life.

“India is changing,” states the author. But the paradox of India is that even with all these changes,  to understand India’s future one needs a careful examination of its past.