On Jan 26, 2014, three hundred representatives of Ukrainian community in Massachusetts, including Ukrainians from Providence, New Hampshire, Rhode Island and Connecticut conducted a rally in support of protests against the government and police brutality in Ukraine. Participants called President Yanukovych to resign, blamed Yanukovych and police for violence against protestors and called the US government to impose “sanctions for dictators.”

The rally was held in front of The Massachusetts State House. Participants were singing Ukrainian anthem and called for the future for Ukraine. One of the poster claimed “We protest here, because it is illegal to protest in Ukraine.” Later, being accompanied by drums, protesters walked to the Faneuil Hall by the Freedom Trail. They were disseminating the leaflets about Ukrainian protest to raise awareness among citizens of Boston. Since Feb 6, Ukrainian community in Boston will start conducting Ukrainian Social – a monthly networking event for Ukrainians living in Boston and Massachusetts. 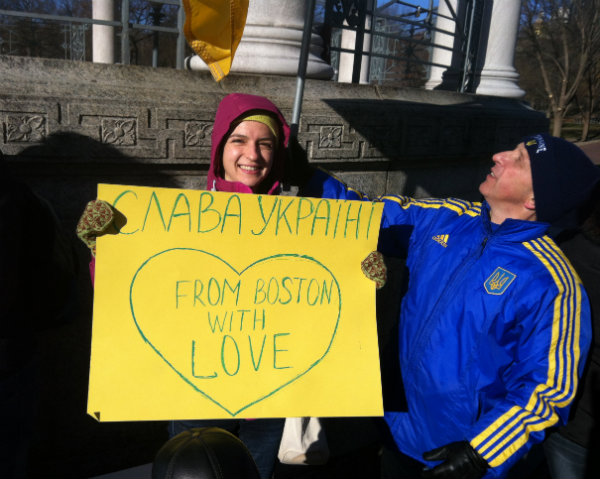 The Ukrainian community of Boston showed up to support pro European choice for Ukraine on Nov 24, 2013. About twenty Ukrainians came to the Boston Commons, the central park located in downtown Boston, holding Ukrainian flags, symbols and posters to bring attention to the protests in Ukraine.

Oleh Kotsyuba, Ph.D. Candidate in the Department of Slavic Languages and Literatures at Harvard University, came to the venue holding two big posters. The posters’ messages were “Ukraine is Europe. Boston supports #євромайдан” and “#євромайдан is Boston Strong”. Kotsyuba represents a generation of young professionals who remain optimists regarding Ukraine’s future. He says:

I believe, it is crucial today to show support for the protest actions in Kyiv, Ukraine. This is a unique chance for Ukraine to unite for a common cause that is not appropriated by any one political party, ideology or leader. The main cause for people in Ukraine is their future – which they see as part of the European Union. 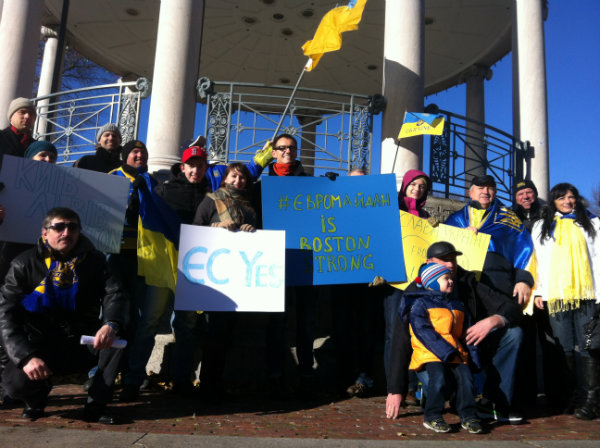 Demonstrators also brought their messages in front of the Massachusetts State House, a building where the legislative body of the Massachusetts government sits. There participants decided to sing the national anthem of Ukraine. According to organizers, Ukrainians in Boston wanted to send a message to “keep strong” to participants of the Ukrainian rallies. The youngest participant of the Boston rally was a three-year-old boy from a family of Ukrainians living in Boston.

The idea to conduct a support action arose in the Facebook group called Ukrainian Boston on Nov 23, 2013. The information on the time and place of the gathering spread across social media. “If we had at least couple of days more, we could have brought many more people to the rally,” organizers said. Also they promised to come together again  to celebrate in case of Ukraine’s success in signing the EU Association Agreement. 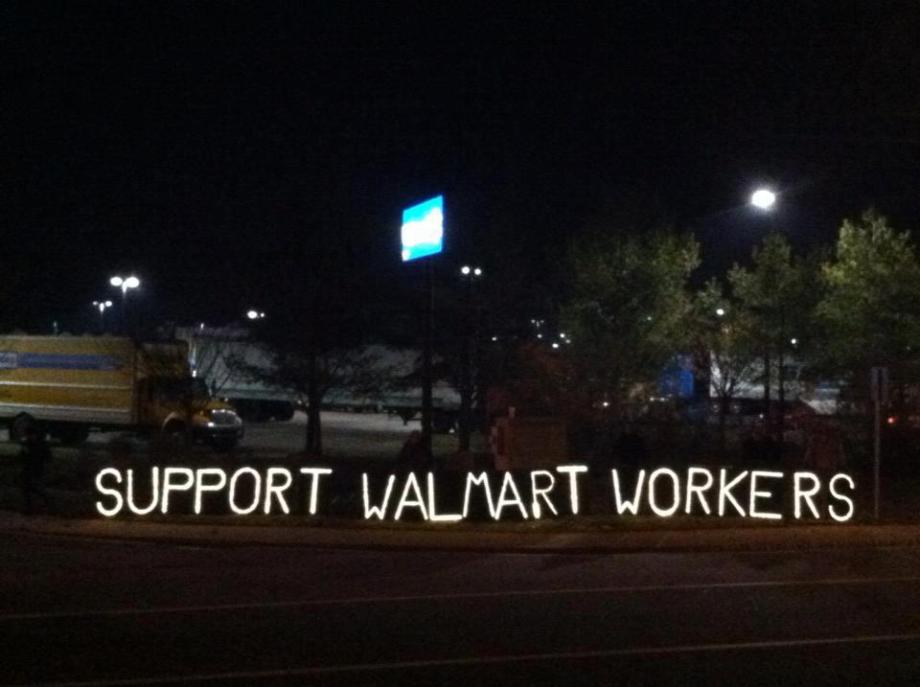 Sarah Heinonen stands across the parking lot of a Walmart in Ware, Mass. As soon as customers approach the store, she smiles and hands them fliers. Heinonen exclaims, “Hi, we’re out here supporting the striking Walmart workers. Would you like to know more?” One shopper smiles and takes a flier, another stops for a minute or two to ask for details.
END_OF_DOCUMENT_TOKEN_TO_BE_REPLACED

Based on data provided by The United States Elections Project – http://elections.gmu.edu/

Harsh debates are taking place via social media among opponents and supporters of Question 2. Below is a sampling. END_OF_DOCUMENT_TOKEN_TO_BE_REPLACED

Opponents and supporters of #2 ballot issue in Massachusetts explore different terms to address voters. Who is right? Here is a story: END_OF_DOCUMENT_TOKEN_TO_BE_REPLACED