On Easter’s night, April 20,  a group of armed individuals attacked a barricade with separatists in Slovyansk, a  city in Donetsk region. One separatist was killed during arm fire, three – wounded. In the morning separatists announced that attackers were those who came from Kiev and Western regions of Ukraine. Separatists claimed they had found o $100 banknotes,  NATO fire guns and a business card of Dmytro Yarosh, a leader  of Pravyi Sector, organization, the name of which is the main argument for Russian media in their propaganda. One of the Russian TV stations reported with accusations for Pravyi Sector, demonstrating the business card. The accusations are one of the techniques of propaganda explored by Russian TV. BBC Russian analyzed those methods of manipulation.

Internet users in Ukraine have immediately reacted to the bias of Russian propaganda machine and started mocking separatists and Russian media publishing in social media messages with hashtag #ВизиткаЯроша. The messages ironized that  Yarosh’s business card caused the Titanic catastrophe, it was used during the Moon space mission or it was an attribute of many great painters. 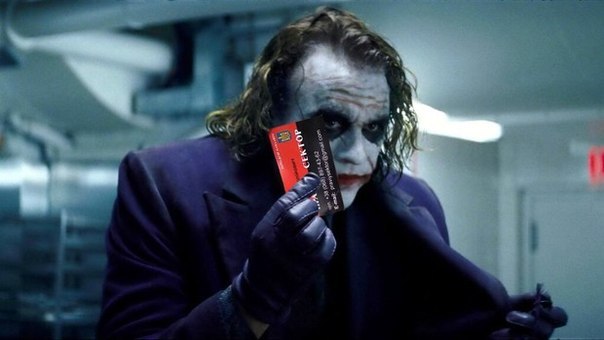 Users have started publishing business cards and disseminating them offline.  Data by Topsy shows (bellow), almost 50,000 tweets were published during two days. Articles about the situation were published across media in different countries, including Australia. 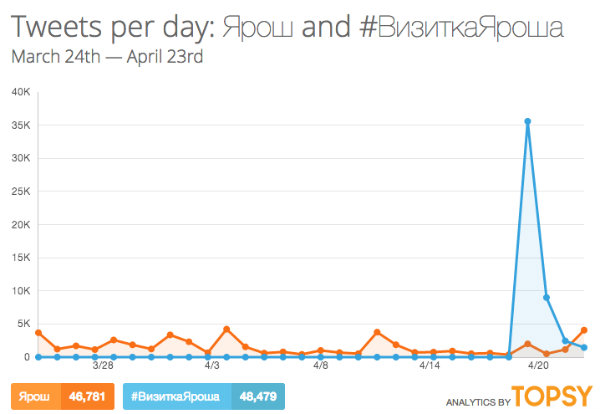